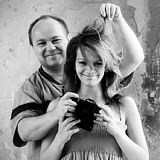 Dear music lover,
as you probably know, CDs and LPs are released and re-relased in many many different versions.
Most of them are originals, even if they look different by publisher and year.
Some old editions became expensive, so pirates caught their chance for easy money, making and selling their faithful FACTORY MADE fake copies.
There is no secret, pirates are mostly based in Russia and Greece, not in Caribic.
THIS ALBUM SHOWING DIFFERENCES BETWEEN ORIGINAL AND FAKE OF THE SAME EDITION.
There is almost no chance when you buying one of them to recognize which is which.
But if you can compare them directly, there is easy to find many differences. Look below pictures for explanation.

Main differences:
-Weight - original has 115 grams, fake has 91 grams (depends mostly of jewel case, it means if somebody inserts fake into old heavy case, it can deceive you. Disc itself has 16 grams (original) respectively 15 grams (fake).
-Case details (round vs. flat stoppers)
-Sharpness and colors of artwork
-Disc (front side - colors, logos, edges, playing side - edge of disc and martix number (even if they copy martix number too, they use printer with different resolution.
Original has 8x7 dots, fake has 7x5 dots).
-Booklet is very very similar to original, slightly grainier and less sharp, but you must hold original in other hand to compare. If you open, original has "Thank you..." section (white on black), fake has lyrics (black on white)
-Musical content is faithful copy 1:1.
-Even if the original has been made in 1992, the fake has a CD text !!! This feature was introduced in late 90´s, lets say five or more years after original release. Pirates make a big mistake here. This is a easiest way how to recognize original and fake in this specific case.

THIS RESEARCH IS VALID ONLY FOR THIS ONE AND ONLY SPECIFIC CASE.

Fake copies of other releases can be made by different way.
I did this investigation in hope that other collectors do the same if they catch some fake, to warn us and to combat piracy.
Please put your knowledge under specific page of original or fake release at discogs.
Thank you for your attention, happy collecting!
Dan (from Hudba-Brno crew)